“Black TV is about the future, contemporary America, the media, the injustice, the witnessing of events, and the expansion of the senses. The act of communication where the experience of the participants is the essential element.”

On the occasion of the 50th years anniversary of Aldo Tambellini’s legendary Black TV, the Italian-American multimedia pioneer presents the premiere of a new site-specific installation realized with Atelier Impopulaire by editing and combining hundreds of hours of filmed television news programs with his personal experimental mixed-media works.

Black TV generates a pervasive atmosphere of the process-level perception by which we experience the media environment. Involving the use of multiple monitors and various layers of videos, films and slides distortion, Black TV creates a sense of the massive simultaneity inherent in the nature of electronic communication.

The installation is the final moment in a project born of a complex, stratified experience, in which the images became a further subject in the critical investigation of the American social and political reality. In 1969 The Black TV Project, in each of its forms, was the highest and most original, contemporary, political point achieved by the artist in his three years of work with television: a monumental operation of aesthetic synthesis of the Intermedia era.

With Black TV Tambellini clearly lays before the viewer the epochal changes then underway in media history and represents his dark vision of America’s future, marching towards black.

The film Black TV is the Grand Prix winner of the 1969 Oberhausen Film Festival; in the collections of TATE Modern, Enoch Pratt Library, MoMA Study Collection and the Harvard Film Archive. 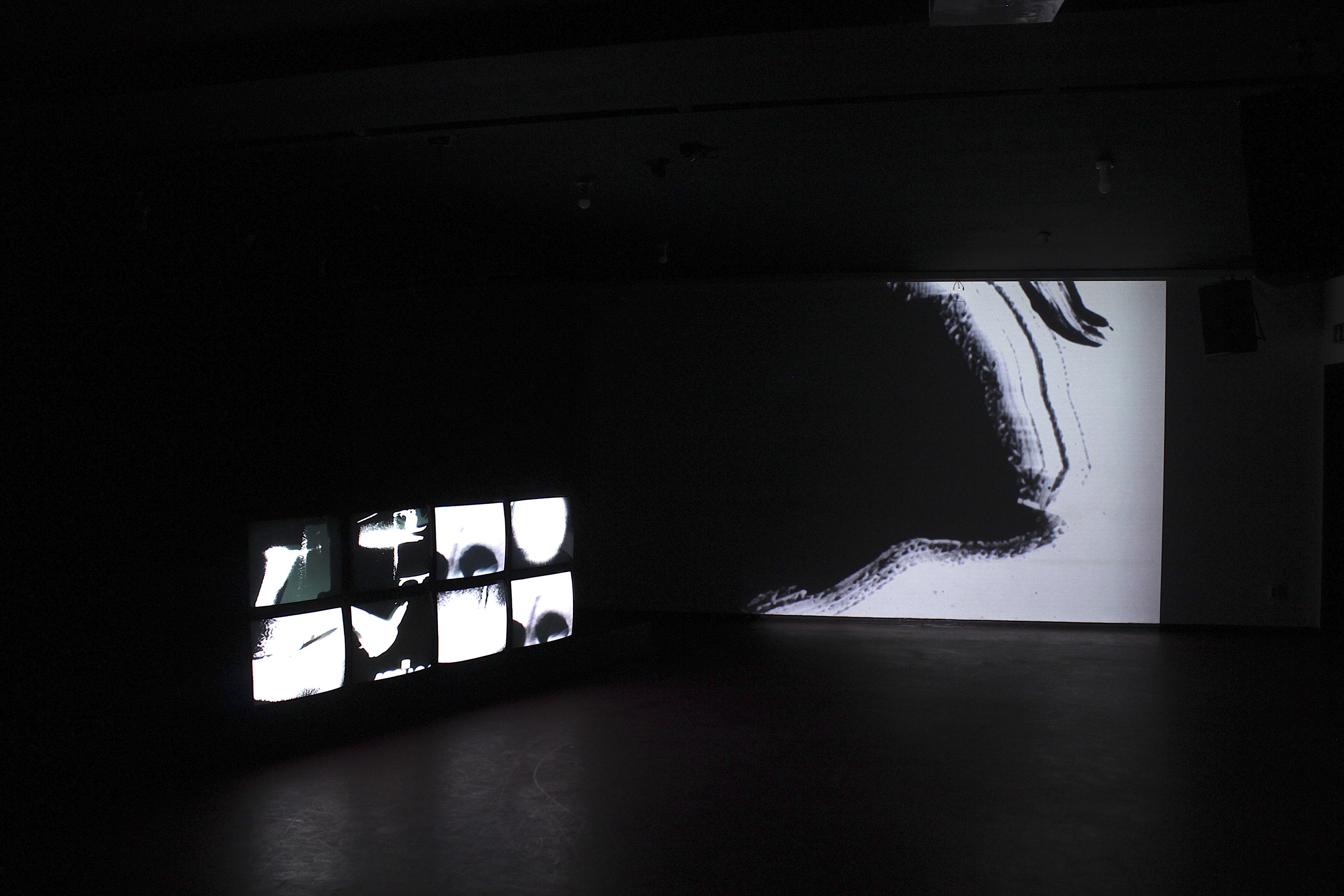 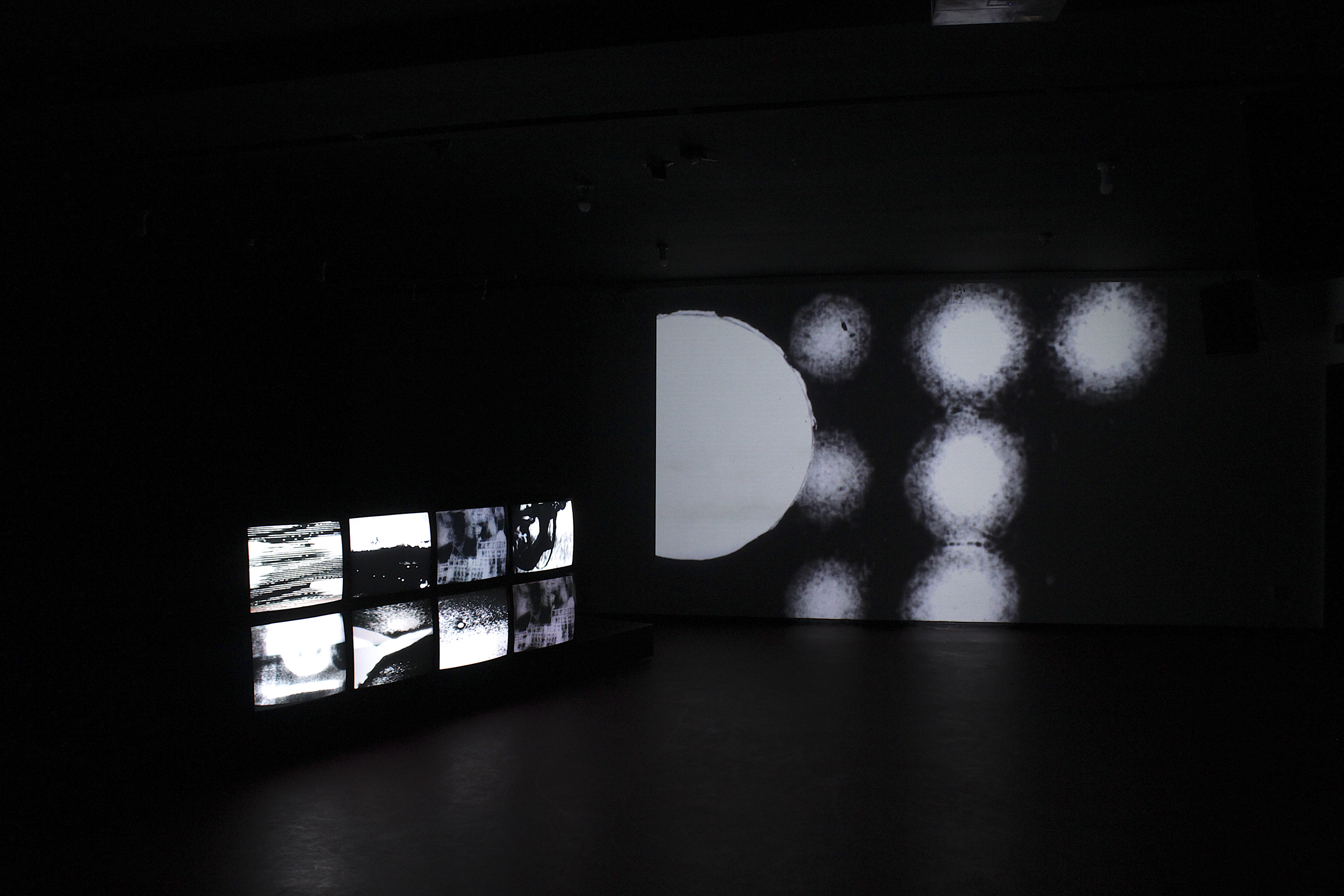 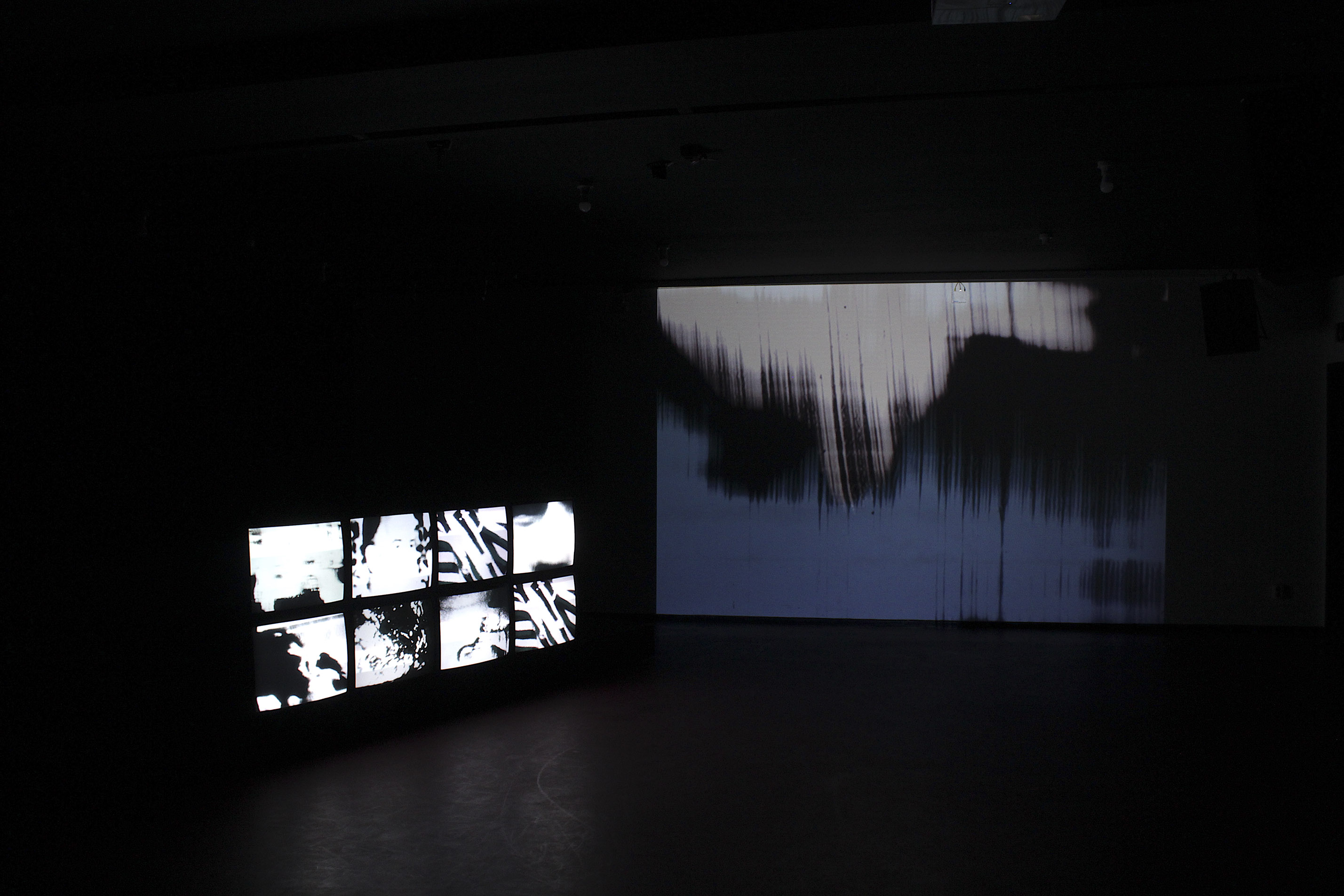 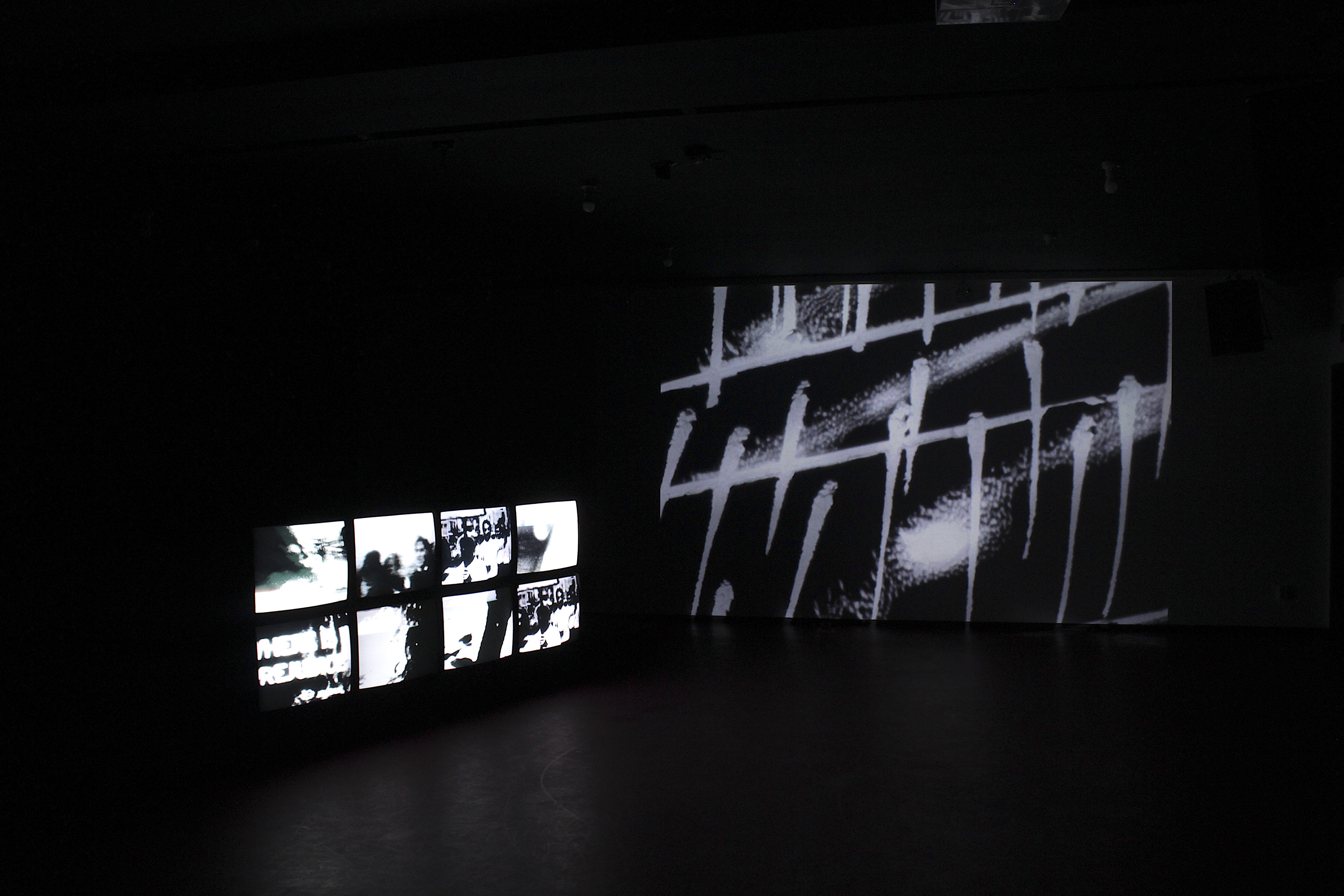 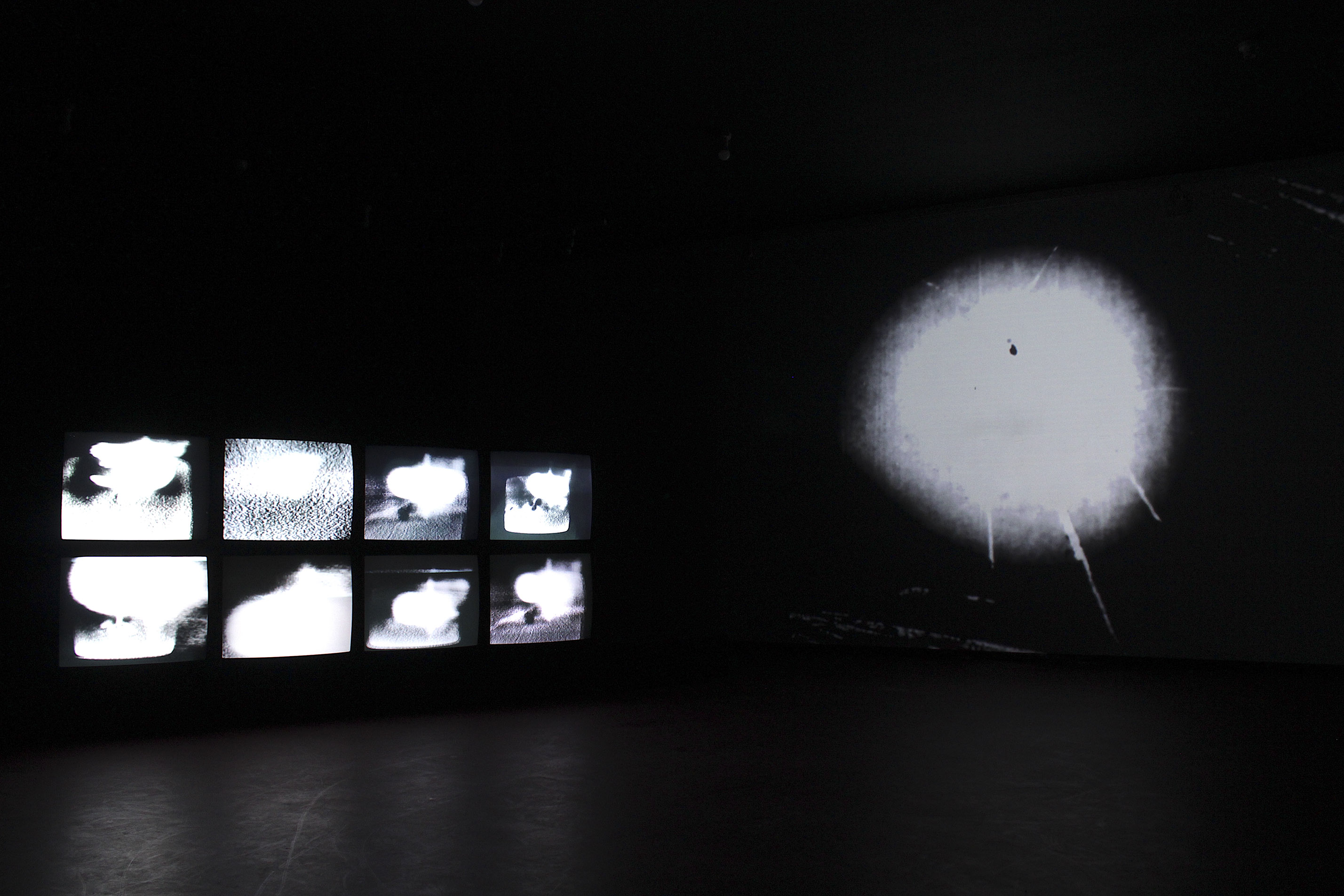 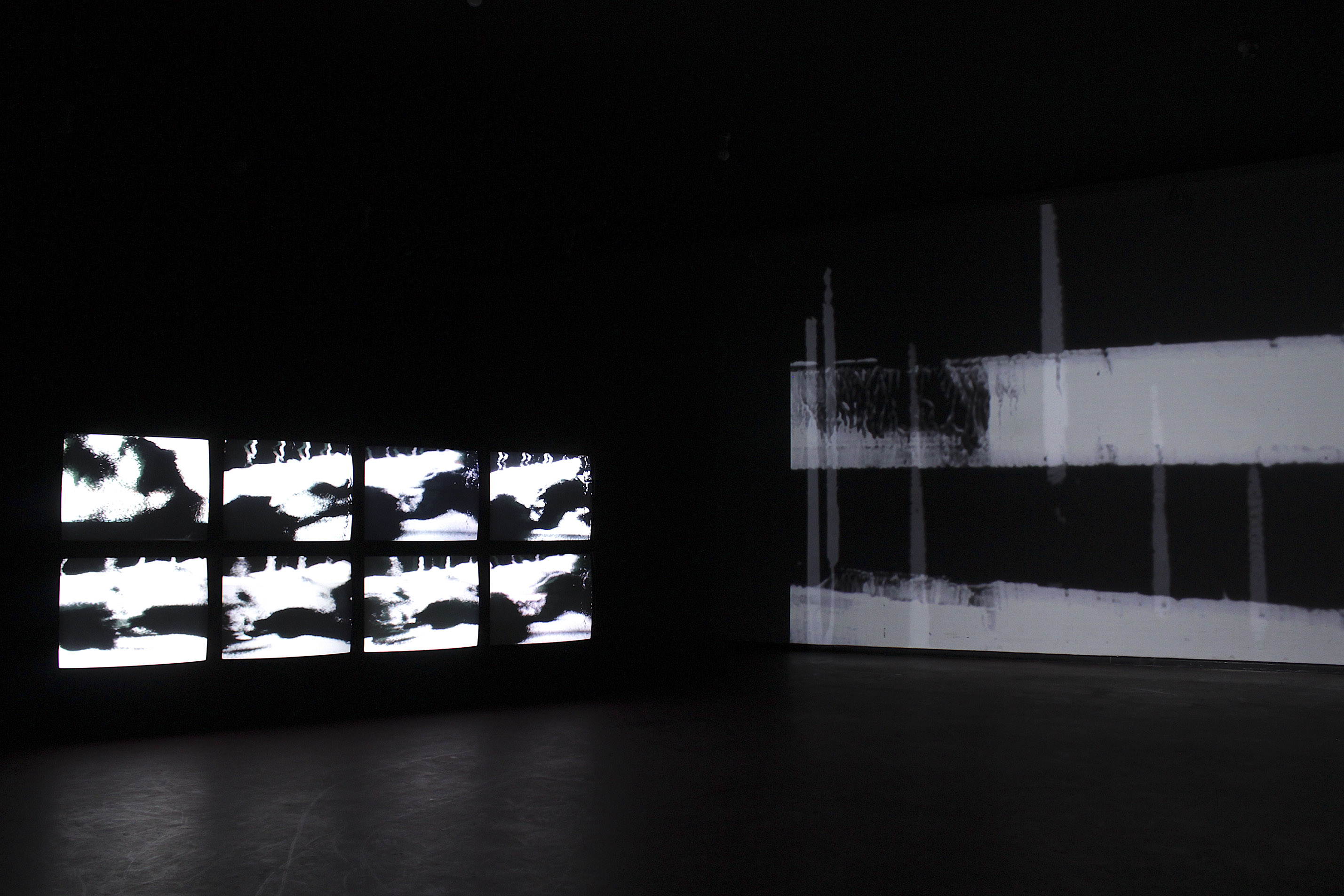 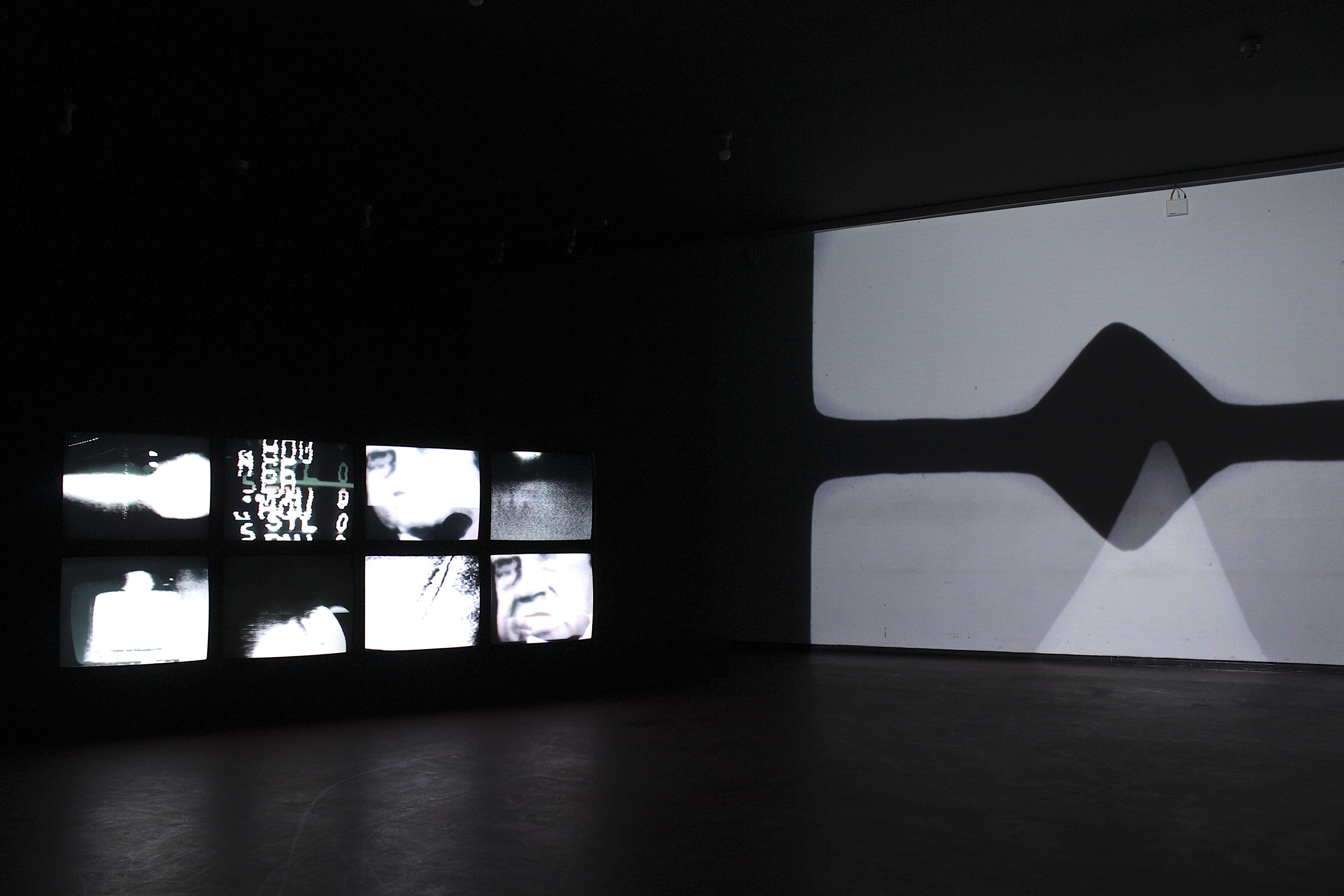 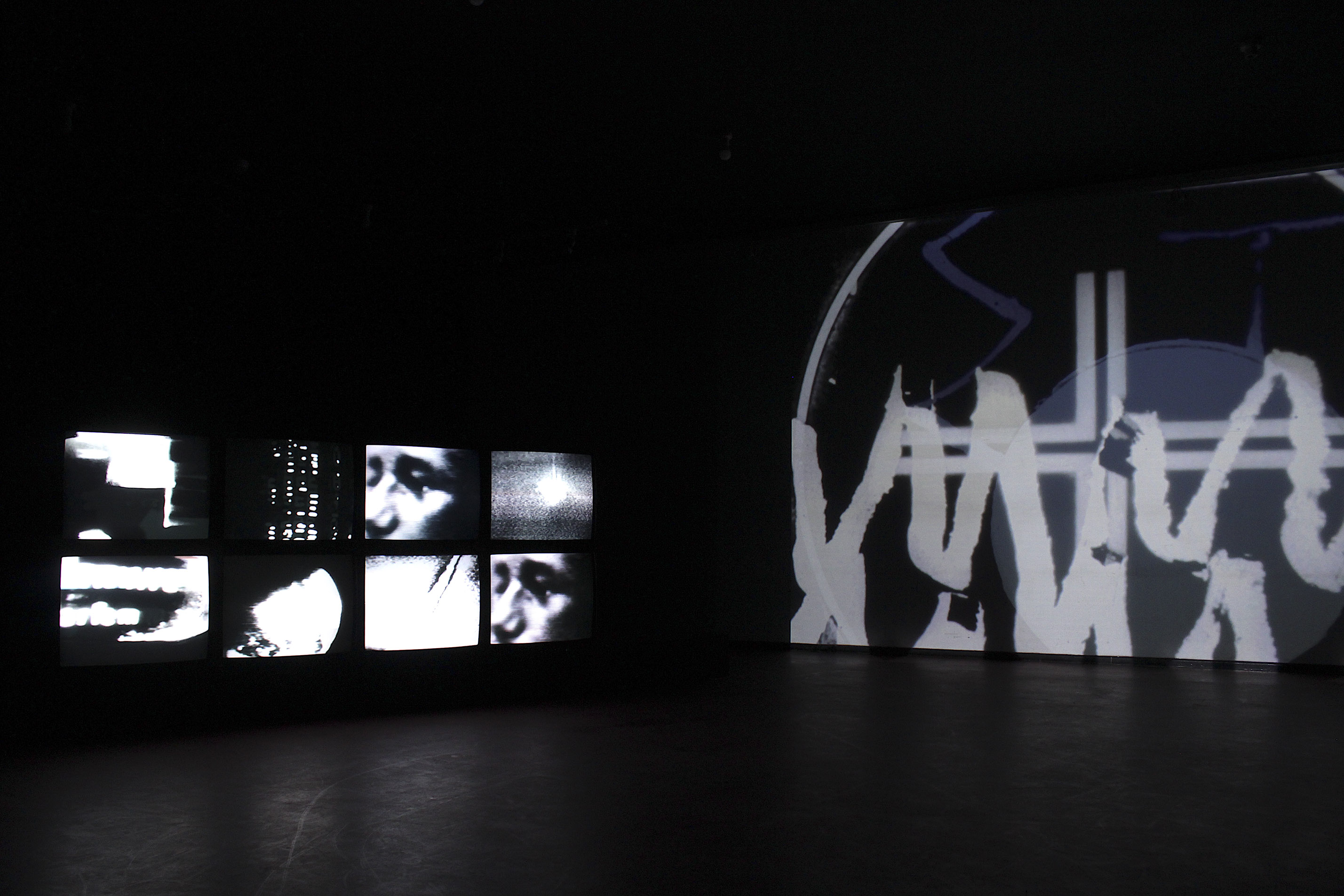 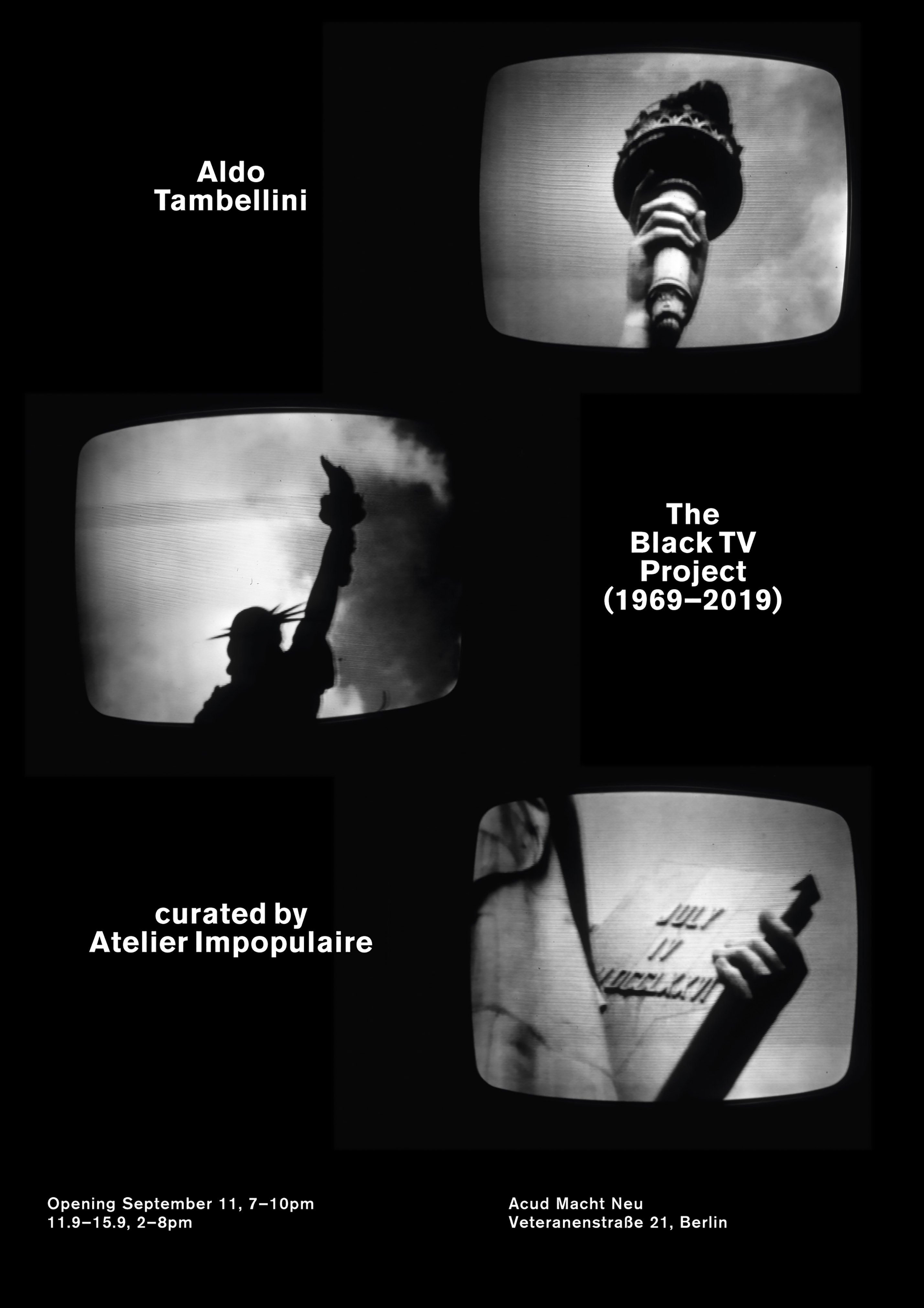